Gambling addict Andrew Berry killed Aubrey, 4, and Chloe, 6, at their home British Columbia, Canada before trying to cover his tracks with self-inflicted wounds

For once, it was a white Christmas.

Unlike many areas in Canada, the region of Greater Victoria in British Columbia doesn’t traditionally get a lot of snowfall, but in December 2017, the residents of Oak Bay had woken up to carpets of thick white snow.

Delighted, they donned their heavy coats, grabbed their sledges and raced outside to make the most of a rare snowy treat with their families.

The festive period had well and truly started.

Sisters Chloe, six, and Aubrey, four, were thrilled with the winter wonderland in their hometown.

Their parents had separated, so they were used to celebrating Christmas twice. They were spending the lead-up with their dad, Andrew Berry, 43, and the rest of the time with their mum, Sarah Cotton.

As Chloe and Aubrey played out in the crisp snow on Christmas Eve, the world must have seemed like a magical place. In all reality, they were both as fragile as the snowflakes falling around them.

Andrew and Sarah had met while working together for a local ferry company back in 2009. They’d moved in together but, after having their daughters, the cracks quickly started to show.

In 2013, the couple split. Andrew got himself an apartment and the estranged pair started to co-parent.

The girls were the best thing to come out of the relationship. Aubrey was bright and popular and had played Angel Gabriel in the school nativity that Christmas.

Confident and outgoing Chloe had just got into horse riding and was in the last year of pre-school.

But while Sarah continued to put her kids first and always communicated with Andrew about the girls and their lives, even when things were strained, Andrew turned back to a love he could never resist – gambling.

Whether it was card games or betting on sports, it was Andrew’s weakness and after the split, it escalated more than ever with him rarely winning, but often losing.

In May 2017, a judge had allowed Andrew parental visits and shared custody. Sarah was understandably concerned.

Andrew had given up work and had such big debts that the utilities had been cut off to his apartment.

Her daughters said it was like ‘camping’ when they stayed with their dad as they had to use torches and there was no water.

In the December, Andrew reassured Sarah it was all in hand. It was Christmas, so she agreed not to deny him that precious time with his children.

But while the festive arrangements remained as planned, Sarah had no idea Andrew was in such debt he was facing eviction. He was barely able to feed himself, let alone the girls.

On December 21, Sarah dropped her daughters off with Andrew and it was agreed they would be returned to her at noon on Christmas Day.

On the next morning, Sarah popped back as Chloe had forgotten her favourite cuddly toy – Lamby. The girls came to meet her in the lobby of the building.

Chloe was dressed in a little dragon costume which made her mum smile. They asked how many nights until they saw their mum again and Sarah told them it was just a few more sleeps. She hugged them and told them she loved them.

On Christmas Eve, Andrew took Chloe and Aubrey to the local recreational centre and market. As they played in the snow, their mum Sarah was back at her home wrapping all their gifts and putting them under the tree.

Andrew’s parents, Brenda and Malcolm, were coming to her home at 2pm on Christmas Day – they’d remained close since the separation and were looking forward to seeing their grandchildren.

When Christmas Day came, Andrew took the girls tobogganing and Sarah counted down the hours before she could see them.

But at noon, they didn’t appear, and Andrew wasn’t answering countless messages.

Sarah and Andrew’s mum, Brenda, went to the flat but there was no reply. A neighbour said they had heard the children waking up that morning.

A frantic search, a horrific find

They searched local parks but there was no sign. By then, Sarah was frantic and went to the Oak Bay Police Station.

Officers went back to Andrew’s home and entered a horrific scene. Andrew was naked in the bathtub, close to death. He’d suffered stab wounds to the chest, neck and throat.

His daughters were in their beds. Both were dead. Chloe had multiple skull fractures after being hit on the head with her own pink baseball bat. She had also been stabbed 26 times. Aubrey had been stabbed 32 times.

Andrew was rushed to hospital and officers told Sarah both her little girls were dead. She was held tightly as she screamed hysterically at the police station.

Sarah had so many questions – and so did investigators. How had two little angels been brutally murdered on Christmas Day?

When Andrew had recovered from his injuries, he had a terrifying tale to tell. He said that the girls had been killed by a ‘dark-haired, dark-skinned’ man who had attacked him and stabbed him in the throat because of his involvement with a loan shark called ‘Paul’.

Andrew confessed he had borrowed thousands of dollars to try and pay off his debts but had gambled it all away.

When he couldn’t pay, he’d agreed that ‘Paul’ could store packages in his apartment in return for an extension on the payments. He assumed it was drugs.

Andrew had even given him a spare set of keys so they could come and go. One of ‘Paul’s’ associates had used the key to come in and attacked Andrew.

But Andrew couldn’t explain why they had killed two innocent children. They’d seemingly paid the price for his addiction.

The murders sent shock waves through the community. Mourners and strangers attended vigils to support Sarah.

Thousands gathered where Chloe and Aubrey loved to play, and their short lives were remembered.

Eventually their ashes would be put in the same urn, covered in butterflies as a symbol of resurrection.

But investigators struggled to believe Andrew’s version of events. They believed Andrew had killed his daughters and then tried to take his own life to cover up what he’d done.

Neighbours had heard thuds coming from his apartment but no one coming in or out. While in hospital, he hadn’t been able to speak, but wrote notes to his sister.

Within days, Andrew was charged with two counts of second-degree murder.

The trial this year lasted five long months. Andrew alone was on the stand for five days.

‘Mr. Berry, did you kill Aubrey and Chloe?’ the defence lawyer asked him. ‘No, I did not,’ he replied.

He also denied trying to take his own life. Andrew stuck to his story that his gambling addiction had spiralled out of control with devastating consequences.

His association with the mysterious ‘Paul’ had left him a grieving father.

The defence said that first responders hadn’t secured the scene properly and the real culprit had been allowed to escape.

But the prosecution said Andrew’s version of events was like something from a ‘bad low-budget movie’ and it was all a ploy because like everything in his life, he couldn’t accept responsibility.

They said Andrew’s crippling debt and a growing resentment towards his ex-partner was the motivation behind his unthinkable acts.

They said there was no other DNA in the flat because it was Andrew who had killed his daughters and then covered his tracks with self-inflicted wounds.

Andrew was facing losing the children without even the basics of electricity and running water. ‘If he couldn’t have them, Sarah couldn’t either,’ prosecution lawyer told the court.

It was a gruelling trial. An emotional testimony from the first responder revealed the extent of the trauma felt by everyone involved in the case.

Mum Sarah was forced to relive the horror of that day and the nightmare of a life without her children.

In September this year, Andrew was found guilty of two counts of second-degree murder. There was an audible gasp of relief in the court. Andrew hung his head.

Sarah cried and hugged her loved ones. ‘It’s been such a long journey. It’s just such a relief,’ she said.

Andrew, now 45, will automatically receive a life in prison and will be formally sentenced at a later date. A judge will decide how long he must serve before being eligible for parole, which varies from 10 years to 25.

This year, Sarah faces another Christmas without her daughters and the pain is just as raw.

Chloe and Aubrey will never wait for Santa again or race outside to play in the snow.

They are frozen in time. Two innocent little girls caught up in their father’s selfish downfall 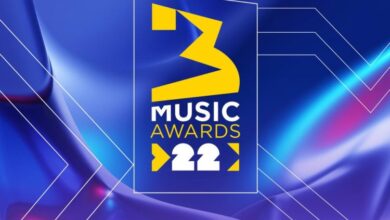 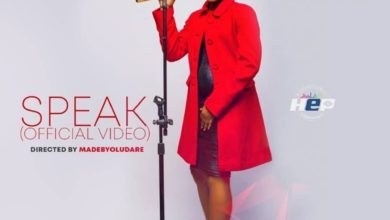 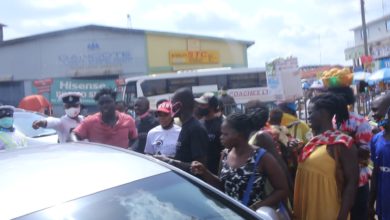 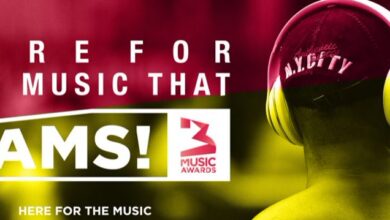